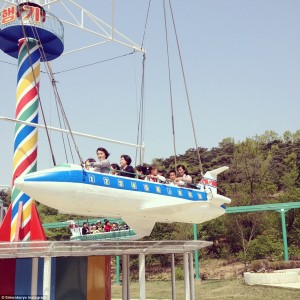 I don’t normally link to the Daily Mail – really, I don’t – but there are some good pictures of North Korea there, taken by Simon Cockerell,  an extremely knowledgeable Beijing-based tourguide who has visited North Korea 150 times. 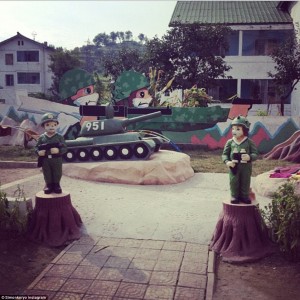 Apparently, the playgrounds are alarming.  Also worth noting is the instagram account of AP’s North Korea correspondent Eric Talmadge, which has some nice shots.  Including the traffic ladies in action.  (Click on it and you’ll see what I mean by going back in time).

For Tuesday’s class, read Nothing to Envy ps90-159

ASSIGNMENT: Pick one unusual or surprising story that upends popular preconceptions of your country. It could be a profile of an unusual person, or a more upbeat piece, or even a series of photographs or a video about your country.   Write a 300-word blogpost about the piece, describing the methods that journalist used to create a different perception of your country from the norm, and how successful they were.  (By Tuesday noon).