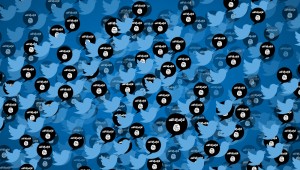 Isis has changed its social media patterns, according to this piece in the Atlantic, while The Tribune of Pakistan addresses many of the issues we were talking about, but has these useful figures.

Number of times the hashtag

Number of times the hashtag

On Monday, we’ll examine the world of foreign reporting, as seen through the prism of the new media upstarts that are challenging legacy platforms.   Please read/watch the following, thinking in particular about questions of impartiality, bias and context.

1) The Islamic State by Vice

2) The Surreal Infographics Isis is Producing, Translated by Vox

And I leave you with news that selfies apparently have contributed to the spread of lice.   In Russia at least.