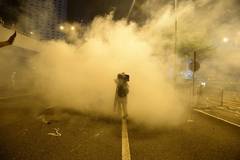 New report out on China christened “China’s Media War: Censorship, Corruption and Control” – sounds familiar?   In case you think these are only issues that happen overseas, the case of Barrett Brown appeared to have very little coverage in the US.   A journalist and former member of Anonymous, he was sentenced to 63 months in jail for “linking to hacked material” and fined $890,000.  In a statement after his sentencing, he wrote, ““Good news!  The US government decided today that because I did such a good job investigating the cyber-industrial complex, they’re now going to send me to investigate the prison-industrial complex.”

Meanwhile, this week we discovered that Google handed over emails and other digital data belonging to Wikileaks members to the US government, after a federal judge issued a search warrant.  It only took Google two-and-a-half years to get round to notifying Wikileaks.    Google blamed a gag order for its silence.   And finally, news that Facebook has been censoring images of the prophet Mohammed in Turkey, Alexis Navalny in Russia and Chinese dissidents.

Blog of the week this week goes to Evan Hoye for his descriptions of the cost of internet access in Cuba.

Ahead of Thursday’s class:

ASSIGNMENT: Write a 300 word blogpost on access to information in your country? Is there access to government officials and government data, or are some media given privileged access? If so, who? Are all areas of the country open to the media, and if not, why not? Is access to all parties fair and equal? How does unequal access affect the reporting of your country and the international perception of it.